DON QUIJOTE IN LA MANCHA, A PLACE FOR LUNATICS? 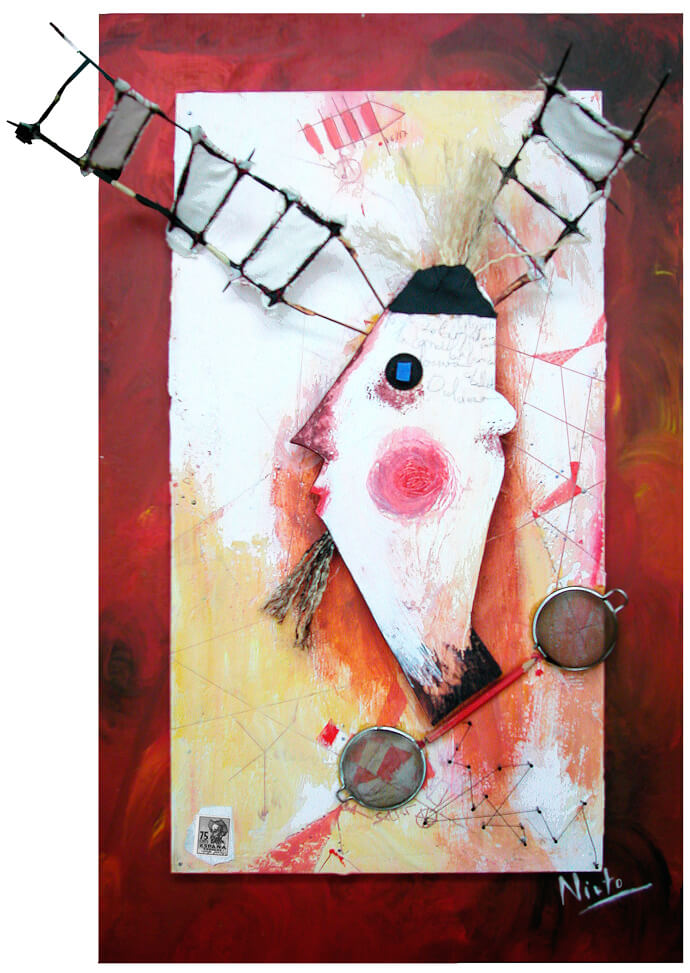 “Don Quijote needed this horizon, earth without roads, because the whole earth is the way. This land without directions, so you can go in all directions, without taking a route. A furrowed land of adventure … Don Quijote needed that sun which let the brains melted, and made him mad, health, this land without end, where the dust of imaginary battles swirled in the transparency of the light, visions of armies of giants, towers and castles.” Benito Perez Galdos

Last summer I was in La Mancha. It’s impossible to stay here without thinking of Don Quijote. I remembered a few years ago I created a collage as his portrait: From his head emerge the blades of a windmill that was in his fantasy giants. In the background I placed a kind of celestial map of constellations, made with nails, wires and lines. Don Quijote traveled on two strainers in search of adventure. Is this madness?

“Don Quixote is considered the most important Spanish literary work, and Cervantes, the author, one of the four most important writers of world literature, along with Homer, Shakespeare and Dante.” www.cultura.elpais.com. Two out of ten Spaniards say they have read the full version of Don Quijote.

This work was required reading in Spanish schools by a law from 1920. The narrative is divided into three tours of La Mancha, Catalonia and Aragon. Don Quijote, driven mad by reading chivalric books, decided to go on adventures and to be guided by noble ideals in order to save the world. The theme of the story revolves around finding the “ideal” and “reality”. It speaks of freedom in human life. Cervantes was captured a large part of his life. It provides issues such as what is insane, what is healthy, it is moral to try to change the world, heroes are possible, what is the role of appearance and reality? https://nl.wikipedia.org/wiki/Don_Quichot_(boek)    –    https://es.wikipedia.org/wiki/Don_Quijote_de_la_Mancha

The first part of “Don Quijote” was written in 1605, the second in 1615. This year marks the 400th anniversary of the publication. The Cervantes Institute organizes various events with a multidisciplinary program that includes the vision of Don Quixote in the arts. Interesting. www.cervantes.es

Much of his adventures take place in La Mancha. La Mancha is a natural and historic region, located in the autonomous region of Castilla-La Mancha in central Spain. It is a plateau, one of the most extensive natural areas of the Iberian Peninsula. It is thought that the name is of Arab origin, but there are several theories about the etymology, is it Manxa or Al Mansha, meaning “land without water”. https://es.wikipedia.org/wiki/La_Mancha  –  https://nl.wikipedia.org/wiki/La_Mancha_(historische_regio)

The popularity of “Don Quijote” has brought fame to this region. It is dry, sun and dust everywhere. It is a very vast plain, showing the horizon, a lonely place, an immensity of space and light. Yellow, red, dry plants, castles, here and there a village, an immense blue sky each evening everything changed into a red glow of the setting sun. In a passage of the second book, Cervantes tells us about the cave of Montesinos, this really exists and you can visit it. It is located in the natural park of Las Lagunas de Ruidera. Despite the small format of the cave, Don Quijote said that there were more than 500 victims of a curse magician Merlin. There are only a few mentions of a particular place in the book. But one has reconstructed a kind of route called Route of Don Quijote, it is 2500 km long. It is a network of historic trails, marked routes, bringing the sites mentioned in the book together. This route has been designated by the Council of Europe as a European Cultural Route. www.donquijote.org

I don’t know this route, but La Mancha is definitely worth to visit, it’s really different, the drought and the vastness is its charm. 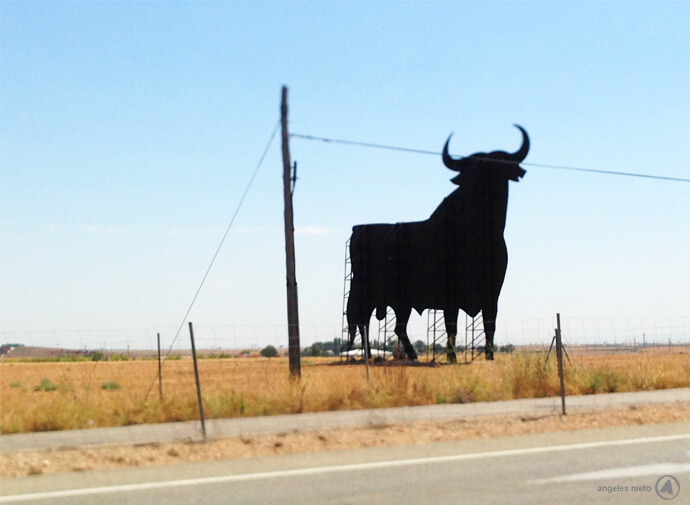 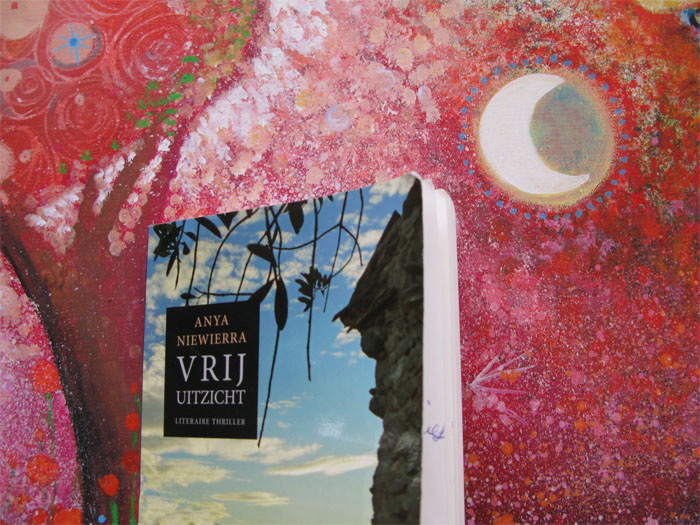 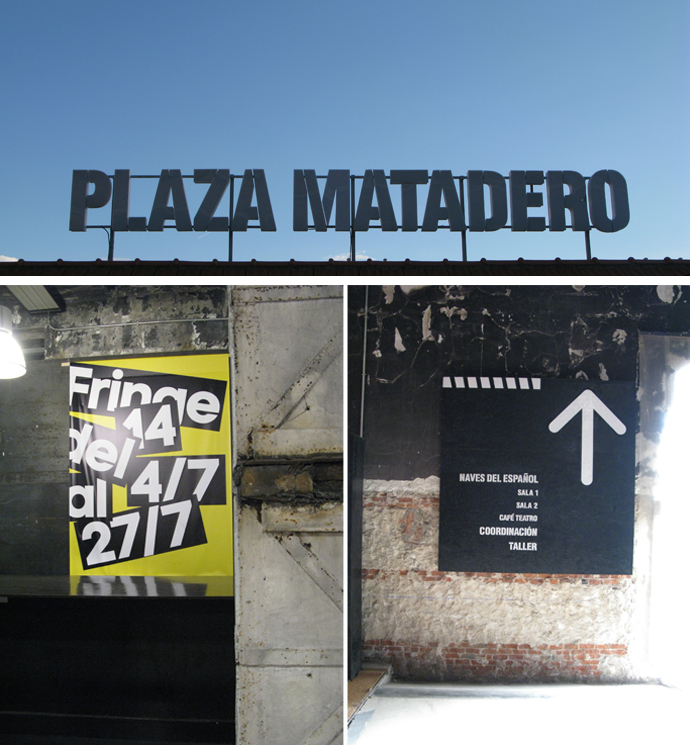