THE SECRETS OF MIRO’S ART, artist of Spanish abstraction

What attracts me in Miro’s work is the freshness, the poetry, the apparent simplicity of his images. His paintings carry me to the Mediterranean, I feel at home there, it makes me feel happy.

Miró broke through the forms of his time. An orderly and discreet man in everyday life, was provocative in his art. His work was his passion, it was all about mankind, and he felt deeply rooted.

Joan Miró (Barcelona, ​​1893 -1983) was educated as a painter in Barcelona, ​​where he was influenced in his early years by Fauvism (give importance to color, vivid, bright colors), Cubism (to eliminate the traditional perspective, all parts of the object be placed in the same plane) and Post-Impressionism. In these works his Catalan identity is represented, its surrounding landscapes and traditions (canvas “La Masia”) with a very detailed and realistic handwriting.

Miró moved to Paris, where he became friends with André Breton, Pablo Picasso and was a member of the surrealist movement, which helped him to reflect on his interest in the subconscious and dreamlike. However, his relationship with surrealism was a love-hate, and he opted for more distance, but he accepted the principles of the surréaliste aesthetics.

With the outbreak of the Spanish Civil War in July 1936, he decided to stay in Paris. The Catalan artist expressed his support for the Spanish Republican government. With the outbreak of World War II (1939-1945) and the invasion of France by the Nazis in 1940, Miró decided to return to Spain, though he is against the dictatorship. In 1956 he moved to Palma de Mallorca. Under the Franco regime, he worked in a kind of internal exile in Spain while his abroad reputation as an artist of Spanish postwar abstraction grows. www.fmirobcn.org

Since 1960, there is an evolution in his work. Now he makes the images with ease and simplicity, with thick lines in black color with splashes of paint on canvas; he even works with burnt canvases. http://www.rtve.es/alacarta/videos/informe-semanal/informe-semanal-joan-miro-pintor-poeta/365593/

He worked in silence, observing, was a person in contact with the earth, the sea, with the cosmos. “I am deeply rooted in my soil. I am like a tree, as vegetation.”

In the mid-20s, he has made all his thematic universe: women, birds, stars, eyes and feet. This repertoire he will use all his life, the changes cover more form than in content.

He works incessantly. “I always work and when I work more is when I’m not working,” he observes and then he thinks. Miró is working on several canvases at a time in his studio, a place that almost no one may enter. He did not want anyone to change the order of his studio, for him it was a holy place.

“I want to murder painting”

Not the way he works, but the way how to see things is important for Miró. “Imperfectness inspires, nothing is what it seems and everything can be different.” He hated classicism and academic world. “I want to murder  painting,” Miro said at the end of the 20s. For him, painting was more than easel, canvas and pigments, he breaks with traditional aesthetic ideas. He builds his own expressive universe. The devastating “spirit” of the war was the basis why he keeps distance from the artistic traditions and went searching for freedom and experimentation. http://cultura.elpais.com/cultura/2015/10/27/actualidad/1445976675_099543.html

His imagery, his method

As a painter he gives new meaning to space, the visual elements are floating in nothingness, without limitation, without any shadows or perspective. He combines subtle color accents with vigorous brushstrokes to get freedom. So he uses in his work “unexpected” spots, splashes, and even “accidents” he regards as an enrichment on his canvas. For Miró the subconscious center, is fundamental. His method is intuitive. His brushstrokes seem simple, but experts say that Miró was one of the artists most difficult to forge. There is no improvisation in his work but reflection before making, although the brush strokes appear spontaneously when he performs them. “I read poetry, literature, listen to music as spiritual training, but I’m not an intellectual.”

Miró was inspired by the prehistoric art, ethnic art, non-Western art, folk art and culture. “My favorite painter schools are the oldest: the cave paintings, primitive art”. Miró saw the essence of human creativity. His black lines reminiscent of lines of cave paintings. Prehistoric paintings of the Altamira cave. He also considered folk art as a universal language and therefore works with local artisans.

Objects were important for Miró, were key factors in his creative process. “I was attracted by a magnetic force to an object.” Miró used them as inspiration, but also in his work he placed objects. This could be found objects, craft or natural objects such as rocks, roots, bark, leaves … He could make sculptures with cranes, potatoes, “everything is good when you look good” he said. “For me a tree not a tree that belongs to the category of “flora “, for me it is something human, something alive. A tree is a character … The tree can see and hear.”

Miró wanted to find the origin, roots, look for the core of his art. In 1924 he displays “When I paint, I caress, I cherish what I do.” For him the human projection of his work is very important, which is what he wanted to share with the world.

In my work, I feel very close to the world of Miró. I look at a lot of things with the same eyes and I share thoughts and interests. Writing this article has made me aware of what unites us and what divides us. I’ve discovered that I try, like Miró, to create in my work metaphors and try to paint poetry.

– The current exhibition “Miro & CoBrA.” Experimental game “Cobra Museum in Amstelveen, Netherlands Until January 31, 2016. (In my next article in the blog I will talk about it)..

– Fundació Joan Miró in Barcelona, ​​with important works by Miró. 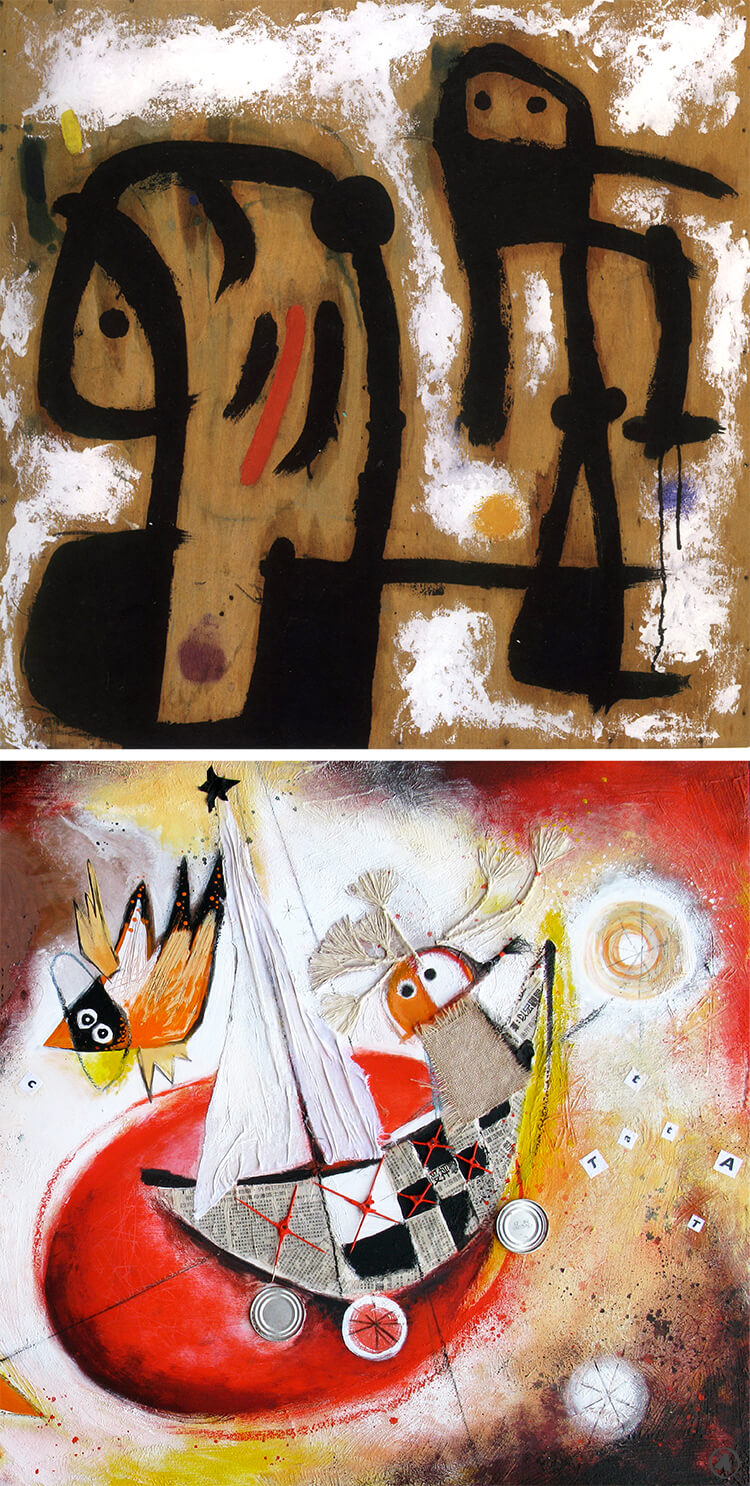 “Miró and Mallorca – master of the experiment” Elvira Cámara López 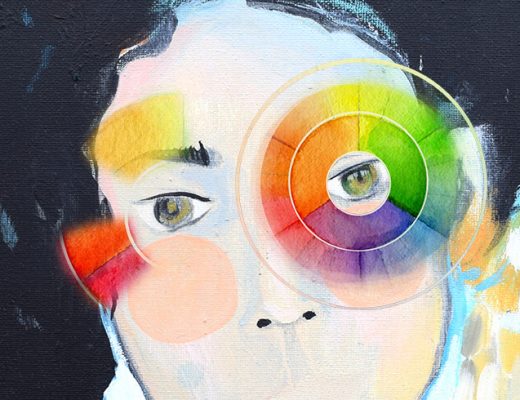 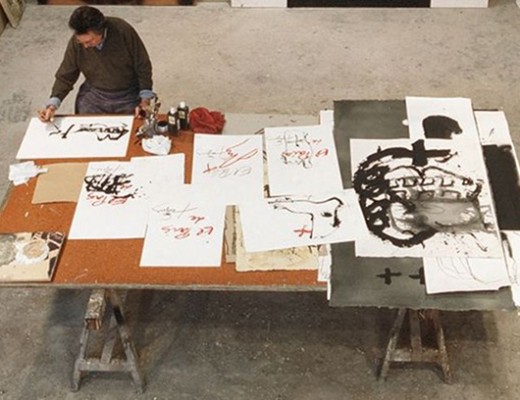 THE MYSTERY OF TÁPIES, HIS CREATIVE PROCESS 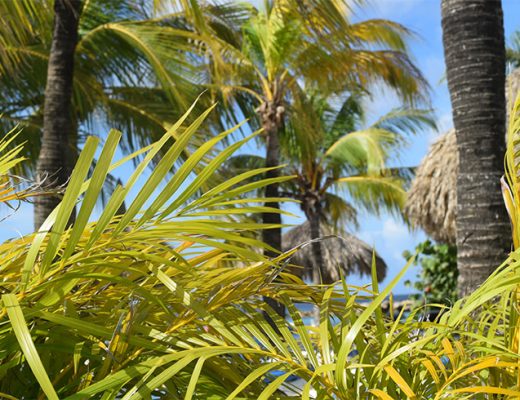