THE MAGICAL TALISMANS OF TÁPIES 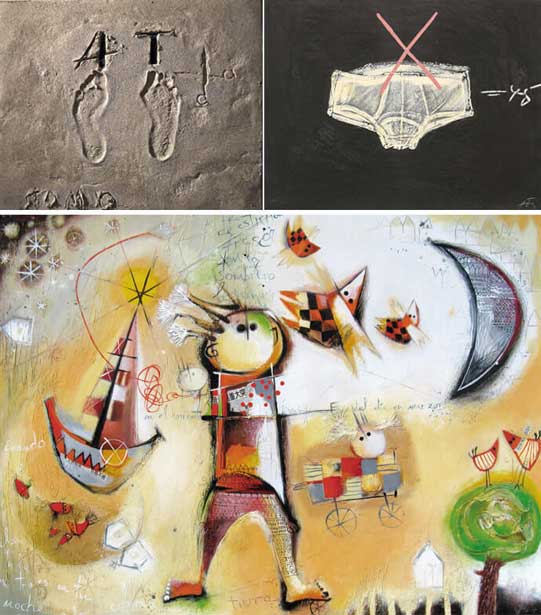 What is the appeal of Tápies? His strength, his matter, his energy, his simplicity, his earth colors. He incorporates a number of unconventional materials (straw, waste materials), in addition to traditional (oil). Mark the matter, the physical, which he links to the spiritual. In it, he explores the strata of the knowledge of the world, the essence. His art is a search for the magical, mysterious world for the unattainable. He paints walls with graffiti full of symbolism that are close Buddhism. With traces of his hands or feet away from human presence and himself. Does this work for magical talismans?

Antoni Tàpies is one of the most famous Spanish artists of the twentieth century (Barcelona 1923-2012). With 18 years he had to stay in bed for two years because of a lung disease. This period was crucial for him, he took the time to read (Nietzsche, Dostoevsky, scientific studies) and listening to music (Wagner). His taste and intellectual interests were defined. He is a self-taught artist, with friends like Picasso and Miró helped him to find his own style.

In his early years he follows surrealism, as the avant-garde of the time. He as Miro, Paul Klee and Max Ernst are obsessed with the magicism. Their principles were the primitive art, get understanding how art could contain the magic values. The search for the mystery of the world. Tápies believes his work posseses an energy that turns his work into magic talismans.

It gives the alternation between the one and the many. One unit, the cosmos and at the same time it also shows the versatility of life, man. Tápies his work reflects a concern for the problems of humanity. It was fed by the existentialist philosophy of Sartre (fear of existence, the tragic fate of man), but it also gave the freedom of man, the importance of the individual, and the ability to take action. http://www.rtve.es/alacarta/audios/documentos-rne/documentos-rne-antoni-tapies-11-02-12/1319023/

Tápies uses a small color range, sober, earthy colors like ocher, brown, gray, beige or black. The artist explains that it was a response to a previous period colorful and the impact of advertising and visual signals, characters in our society. For him determine his colors twilight, the light of our dreams and more philosophical inner world. www.fundaciotapies.org 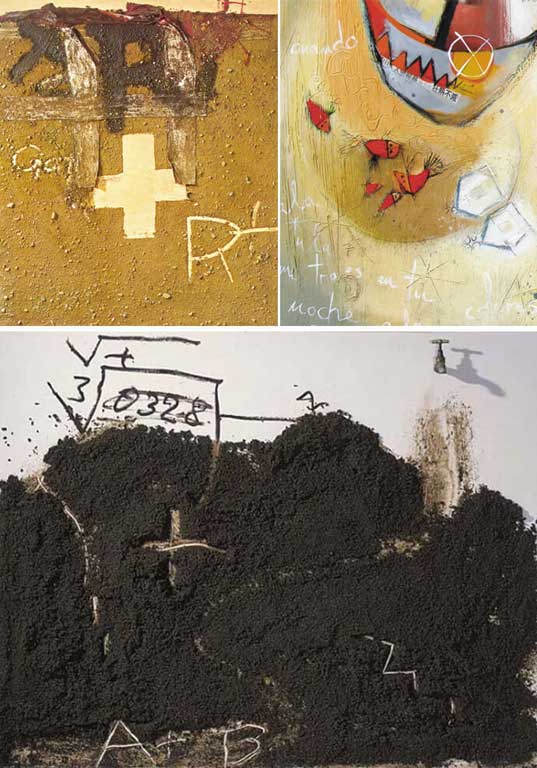 His method was first put colors distributed over the surface, with thick brushstrokes. Then he puts on thicker material. This is what he calls “mixtura”, means a mixture of pigments, ground marble powder and binder, applied with a spatula or with his own hands. He fights with the material, as he says, scratching and stores on the matter. Finally he puts color boxes with symbols (circles, crosses).

With its mix he creates a surface reminiscent of walls. These walls have always attracted him Tápies who likes to see his style in relation to the meaning of his name Tápies (tapia = wall). The on this wall mounted signs, like the popular art of “graffiti”. During the Spanish Civil War, he saw them for the first time as political slogans on city cars.

His graffiti comes close to the oriental calligraphy. In 1951 Tápies starts an abstract geometric phase in a static style, work made with “ruler and compass” (Mondrian). But in 1953 he interrupts this and focuses on the lyrical abstract style (informalism). This brings him close to the American abstract expressionists, working with freer brushwork, looser, similar to oriental calligraphy. The oriental influence on him is palpable. Tápies was always interested in Eastern religions and wisdom, such as Hinduism, but especially Buddhism.

Everything means something. For him, the symbolism a construction of the collective unconscious (Jung). He uses different characters, such as crosses, moons, stars, letters, numbers, geometrical shapes, etc. All this has a relationship with the inner world of the artist and evokes themes of life and death, loneliness or sexuality.

The cross and the “T” (a cross) has a dual symbolism. Within Christianity is it sacrifice and beyond is a spatial element pointer to the four directions (North, South, East, West). X as mystery, incognito, or as a way to remove something. The M is drawn on the palm and refers to the death.

Why I love the work of Tàpies. There are many things that contributes: the magicism, the search for essences (“we are stardust” www.angelesearth.com), the spiritual, the Oriental, the use of symbols. Tápies work is also near the cave paintings (“prehistoric paintings in the cave of Altamira” www.angelesearth.com) with his handprints, the wall, the colors, the magic, the dry stone and the interest in the spiritual …

“I think that a work of art, the viewer should confuse,  into thinking about the meaning of life.”(Tápies)

I agree with that, what do you think? 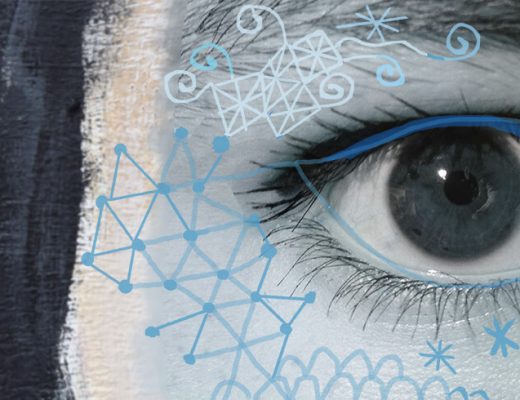 How does the artist see? His secret. The artist’s eye. 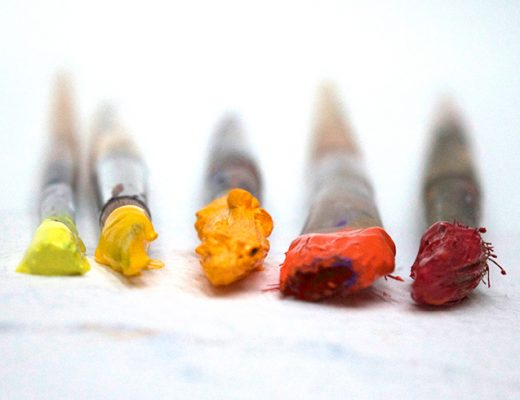 Be master of the colors. The power of warm and cool colors