MIRÓ AND COBRA, THE CONNECTION AND THE DIFFERENCE

There is a clear link between Miro and the Cobra group that starts with experimental approaches to art. From these experiments comes an similarity in the expression of the image, the brush strokes of lines and colors and materials. The Cobra Museum in Amstelveen, The Netherlands, has both united for the first time in one exhibition. But… what connects and separates them?

Miró (1893-1983), Spanish artist of abstraction, reflected in his work the interest in the subconscious, searching for the importance and essence. “The Secrets of Miro’s art, artist of Spanish abstraction”
Cobra (1948-1951) was an international group of artists of the postwar period. They want to achieve a free and spontaneous expression in their images. These are made in a new society where art is created by everyone and for everyone (influence of the ideas of Karl Marx). The natural impulse to express the human leads to the birth of folk art, where life and art are one.

It seems that during an occasional meeting in 1946 between the Danish artist Asger Jorn, Christian Dotremont, Belgian and Dutchman Constant Nieuwenhuis, during the Miro exhibition in the Parisian gallery of Pierre Loeb, formed the basis of the post-war movement Cobra (1948 – 1951), which was founded two years later in Paris. Cobra were named after the first letters of their respective capital cities Copenhagen, Brussels, Amsterdam.

Miró was 55 when the movement was formed, and was already a renowned artist. A group of young artists, disillusioned and surviving the horrors of World War II, were looking for change and found their way into intuitive shapes, colors and emotions. Cobra was formed by a group of more than forty artists. These were painters but also sculptors, poets, photographers and filmmakers. Only Alechinsky knew Miró personally.

War leads them towards innovation and artistic freedom

The devastating war spirit was the base that allowed them to renew their artistic language. Miró broke with tradition in search of freedom, experimentation, toward an intuitive method. Cobra members were doing the same. Both Cobra and Miró had an aversion to the intellectual approach to art and artistic movements of the early twentieth century (“isms”). For both surrealism brought them close to the dreams and the subconscious, but the psychic automatism of Surrealism was exchanged for experimentation and spontaneity.

There is a great similarity in their themes. Miró created out of his own reality a visual language that was derived from nature: the heavenly bodies, planets, stars, circles, birds, characters, eyes, characters. Passing the time he refines the figures, until they were pure symbols.
Cobra artists showed in their work fantastic animals, birds, woman, the snake, the sun, the stars and mythical symbols. Especially the Danish artists were interested in myths of ancient cultures. Miró and Cobra artists also saw themselves as creators of myths.

Miró and Cobra artists were inspired by the art from prehistory, ethnic art, non-Western art, oriental calligraphy, and folk art and culture. Also drawings of children and the mentally ill are sources of inspiration.
Corneille has said: “We used everything and loved everything from children’s drawings, folklore, drawings by madmen, African masks”. Dotremont and Alechinsky were fascinated by the personal handwriting, they saw this as the most intimate and direct expression of the psyche.

Spontaneity in the creative process

Both found the subconscious fundamentally. Their approach is intuitive and spontaneous, painted directly. They rebelled against the rules of the Academic Art in search of an informal art.

They tried all sorts of materials and experimented with it. The artists worked with materials from their environment and the nature around them. They used different techniques, besides painting, they worked on paper, ceramics, sculptures and, among others, visual poems.

Elvira Cámara López writes in the catalog of the current exhibition at the Cobra Museum, “there is a clear influence of Miró in the birth and development of the Cobra group.” Sandra Smallenburg mentioned in an article in the NRC: “Without Miró Cobra had perhaps never existed” That’s the surprising conclusion of the exhibition Miró and Cobra Experimental game. ‘At the Cobra Museum in Amstelveen … but … the other also” http://www.nrc.nl/next/2015/10/23/miro-en-cobra-wie-beinvloedde-nu-wie-1549268. Miró’s influence was important in the birth of Cobra. Later on, both went on parallel paths and the influences are mutual.

Miró was primarily an individual artist. Cobra’s social vision with artistic social change in a new society did not exist for Miró. He creates, with bold colors and own images, dreams and a unique world. Miro’s forms are more sophisticated than those of the Cobra group, and after the Spanish civil war, more abstract. What connects them is a common starting point, the approach to their work and the visual language they use.

It is worth how the interest for Cobra artists and Miró in the Netherlands has changed in the course of time. In 1956 was the latest Miró exhibition at the Stedelijk Museum in Amsterdam, 59 years ago. Perhaps the interest in the artist and the rare presence of his works in the Dutch private collections, have been the cause. When Miró exhibited at the Stedelijk, critics spoke of lyrical and ethereal figures. Cobra had exhibited in 1949, seven years earlier, and had almost degenerated mentioned by critics.

Fortunately, times are changing. Since 1995, the Cobra Museum exists, and makes the Cobra movement visible and keeps the ideas of the artists of the movement alive. The museum will be a place for experimentation and expression. They bring us Miró in the Netherlands. With “Miró and Cobra. Experimental game “, the museum organizes the first major exhibition of Miró in nearly sixty years. You can see more than 80 works by Joan Miró and 60 of the Cobra artists. The exhibition is intended as a “call to creativity, play and experiment”

I can highly recommend to visit the exhibition yourself and to see what really unites them. Enjoy it, it’s worth it. 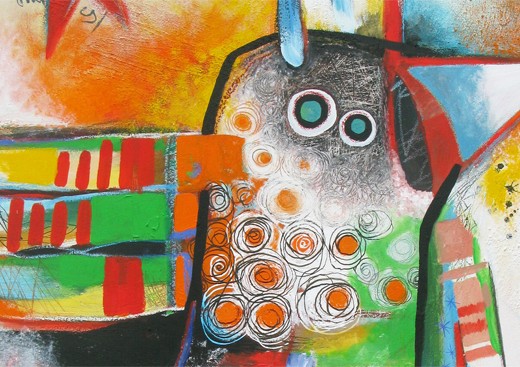 WHY LIVE BIRDS IN MY WORK? 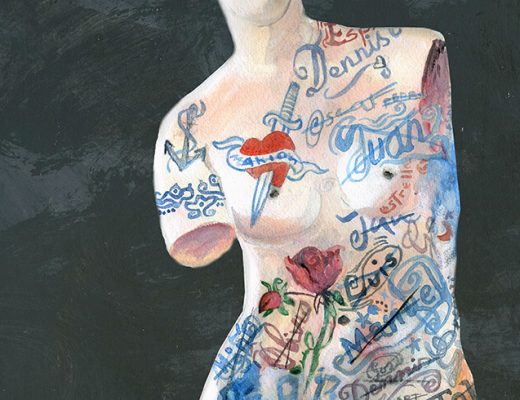 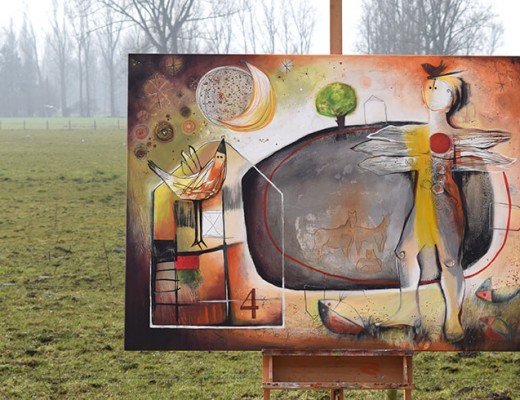 HOUSES (CASAS) WITH A HEART