The eye, the hand and the brain can create interesting images. Although our individuality affects the experience, there are some common laws for visual perception. These laws, Gestalt laws, explain how we organize our brain data. These are common to all.

Years ago, an insurance agent asked me, which body part was the most important to me. “Certainly the hand,” he said. “No,” I said, “the eye is much more important to me.” I still think the same thing. The hand is always to be replaced, there are artists who paint with their feet. Hand helps me in making, the eye (along with the brain) helps me to observe, think and create.

What is the visual perception?

Visual perception is the ability to interpret the information of the light that receives the eye. In this visual perception, the eye and the brain work together. The brains change the light information into a recreation of reality. The reality is not exactly how we perceive them. The brains reconstruct the image. The image is also influenced by our experiences, personality and interests.

Would you like to know more about this: https://www.angelesearth.com/art/how-does-the-artist-see-his-secret-the-artists-eye/.

There are common mechanisms that we all use to visualize something. Knowing these mechanisms also helps us to create interesting images. The advertisement agencies uses them often and very effectively.

Are there any laws that explain how we organize the perception?

A group of psychologists, Gestalt theorists, studied the order of observation and made a series of laws, the Gestalt laws.

The basis of these principles is that the shapes are seen as a whole. This observation is more important than the sum of all parts. That is, the eye first sees the whole and then the parts, our vision tends to structure what we look into and make a whole.

Look at this collage, at first you see a bird. If you look good, you’ll see the details, the legs are cables, the feather pencil sharpener … 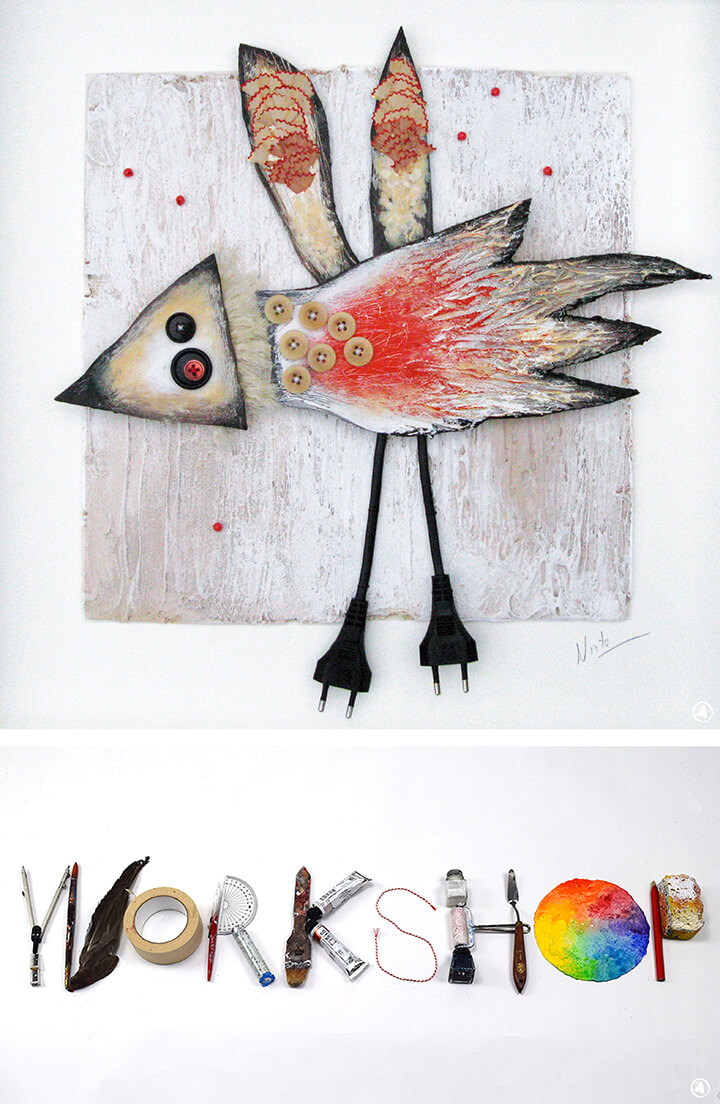 These laws describe our tendency to observe the relationships between the different elements and explain how the order and meaning of the image is influenced.

There are four key principles:

1. The law of foreground and background

When we perceive an image, we always tend to separate it into a figure and a background. We can never see all of them at once. The figure and the background can change, allowing you to see two different things in one image.

2. The law of agreement

The law of agreement states that we tend to group things with common visual features such as color, shape, size, or texture. Agreement means parity. If we repeat something, we add rhythm. This rhythm usually creates good statues, because the resemblance and recurrence of the brain are considered harmonious.

3. The law of closeness

This means that things that are close to each other are seen as unity, we perceive the different elements as an object. The closer to the elements, the more we tend to see them as one, as a whole. This also happens when the shapes, colors and objects are radically different.

4. The law of the closure

We tend to finish an image. If a figure is presented incompletely or intermittently, we will see it as complete, our brain completes this image. The brain tends to fill in “these holes”. For the brain, the closed and closed shapes are visually stable.

5. The law of continuity

This principle is closely related to the law of the closure. The elements oriented in the same direction tend to group. This tendency can help to guide the viewer’s view to the point that is important in the image.

Symmetrical images are considered the same, formed by two exactly the same halves, even if they are not. The human brain attempts to organize visual information to make it more stable, balanced and structured. For example, half of our face is not exactly the same as the other half, but we see it as two symmetrical, equal parts.

7. The law of contrast

An element differs from the rest by its similarities or differentiation. The element contrasts in shape, size, color or other properties, with other objects.

“Less is more”, the simplest elements are preferred in the process of perception. The brains understand them and remember them better. These images are quickly perceived by the human eye and catch our attention more strongly.

There are no magic formulas that make perfect images. Knowing how visual perception works can help us to use perception laws and play with the creation. Knowing how the eye and the brain work helps us to understand why an image is considered aesthetic and balanced. It is clear that in an artwork more than just canvas and paint, don’t you think? 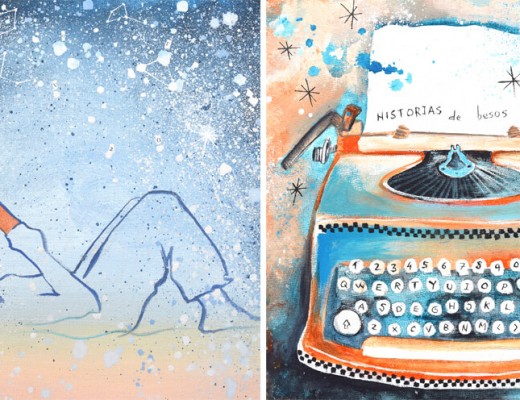 EVERYTHING IS FULL OF STORIES 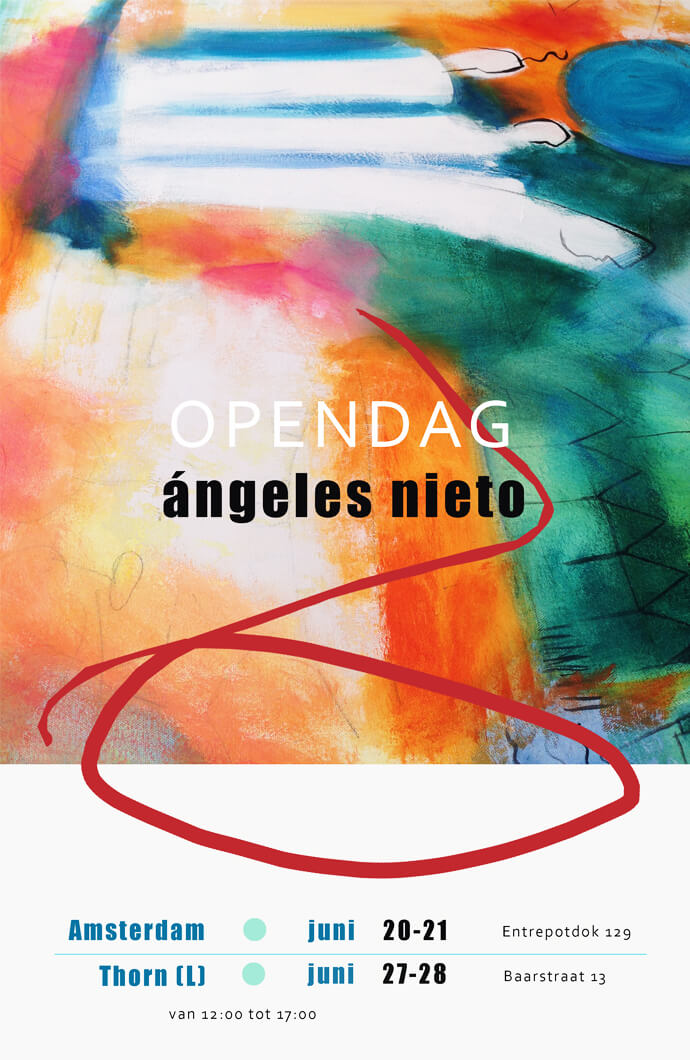 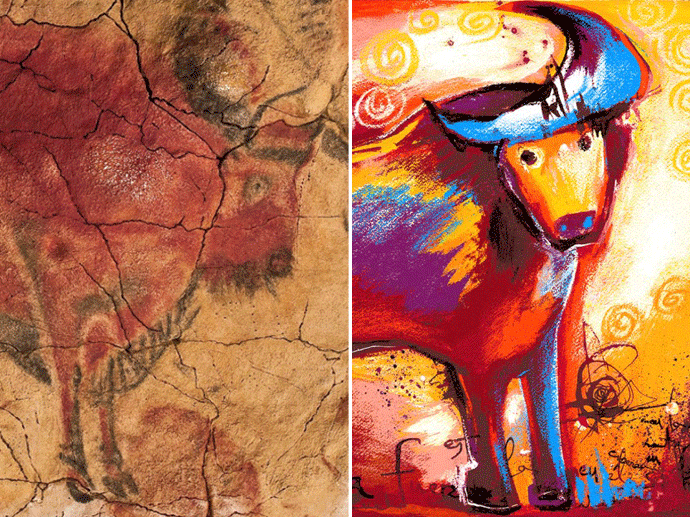