Do you know which color at first was given a name?

Which color gets a name first? I was sure … blue. I walked when I asked myself this question. It was a sunny day, without clouds, I looked at the sky and it was blue. That immense surface must have impressed our ancestors. Moreover, the sea is also blue and for some reason our planet is called the blue planet. But now I know …. I was wrong.

In ancient times not all colors had a name. Amazing conclusions.

In 1858 William Gladstone, four times minister of Great Britain and expert of Homer, discovered that in the “Iliad and Odyssey” the color blue was never mentioned, the sea is described with a dark red shade (wine dark).

Gladstone decided to count the times that the words were used to name the colors in this poem of ancient Greece, and the conclusions were surprising. The color black was the most used, 170 times, the white 100 times, red 13 times, yellow, green and purple together, less than 10 times and never the blue. Homer mainly calls light and the opposite, darkness.

Ten years later, the German philosopher and philologist, Lazarus Geiger, examined the appointment of colors in other ancient texts. In the old version of the Bible, in the Koran, in ancient Chinese texts and even in the Indian Vedas, many colored names were not used. Blue was also not mentioned in these texts.

The European languages, in their origin, and those of primitive tribes, had rare names of the colors. In one of the current tribes of Namibia, blue has no name, but the green has several denominations.

Does not knowing the name of a color influence our perception of this?

Gladstone, the scientist of the Iliad and the Odyssey, thought that the ancient Greeks perceived the differences in clarity, but not the colors themselves. He concluded that the observation capacity of the human eye at that time was not as developed as it is now. In the twentieth century it was concluded that it was not that way, it is not a physiological matter of the eye. The ancient Greeks had the same capacity as we now, to see the colors.

But, does not the naming of colors affect the way you see them? The relativists believe that language influences our way of looking at the world, the universalists think that it is not capable of naming a color, does not mean that we do not see it.

The language is selective and chooses what is essential. Colors can be seen, but as long as it is not necessary to name them, the word is not made.

“Color is the place where our brains and the universe come together.”

The order of origin of the color names

The existence of the word is closely related to the need to express what the word means. This may explain why in almost all languages it was first called light and dark (white and black), then red and yellow appeared, followed by green and then blue. The distinction between green and blue or names such as pink, orange or violet appeared relatively late, in most cases there are loans from other languages.

How are names born for “new” colors?

The language has been enriched thanks to the contact between cultures. The name for the “new” colors are loans that some languages ​​have given to others. Thus, Germanic names, which were used in Dutch, were used as “blank”, “brown”, “gray” and “faded” by Latin and in this way passed to the Roman languages, probably German soldiers named their horses with these names, these nuances of color that the Romans did not have. The Romans also took the word “blond” (French: blonde) from the Germanic peoples, the typical hair color of their people.

Primitive languages ​​contain less basic color names than modern languages.The more sophisticated a society is, the more color names are used. The development of the chromatic lexicon also depends on the use of dyes. In the sixteenth century the number of chromatic denominations grew enormously, along with the development of new pigments for painting.

How many colors are there, how many of us know the name?

There are more than seven million distinguishable colors and for about two weeks they occur in our environment. Our society often uses the name of a dozen or so. The colors we need in our daily lives.

Now it seems logical to me. Blue could not be the most important, because a small part of nature is blue, some flower maybe, the wings of some butterflies, the feathers of certain birds, sapphires, lapis lazuli, sky and sea. All things that are not essential for the survival of the human species. Blue is a poetic, contemplative color and is far removed from the essence of the red that is linked to life and death, childbirth, hunting or injury.

What do you think was the color that was first mentioned?

Do you want to know more about red or white?

Others interesting articles about color: 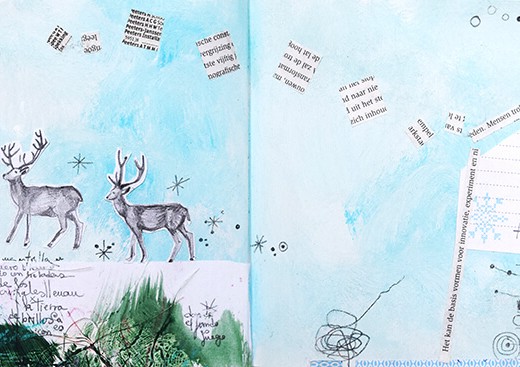 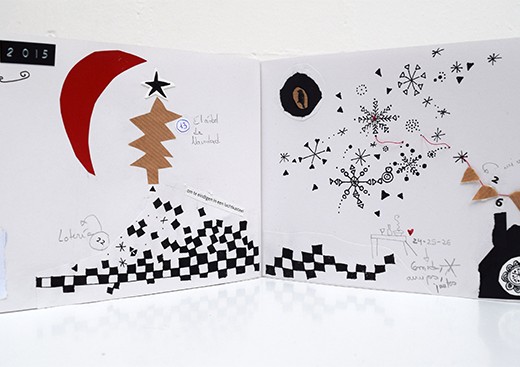 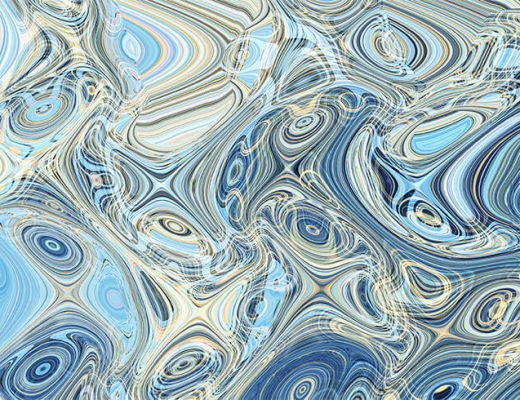 MAGIC TECHNOLOGY: HOW TO CREATE YOUR TEXTURES WITH INK, WATER AND WIND