“The skin of colors is white. The color white is light”

If my white paint is finished I stop painting, white is the color I use most, I always buy it in larger quantities. It’s my main color. But why?

A work of art usually starts with the white of the canvas or paper. From the white surface, you start to imagine something, to work. I want to give you the key to the white, what is it? What are pigments, what is the meaning of it, show you the different and the application in interior design, architecture, photography and art. I recommend that you first view the pictures and then read this article. What emotions wakes up? What are the differences in intonation? How do you see the textures?

White comes from the Germanic “blank” and means bright. We can see colors at light (not in the dark). All colors vary depending on the intensity of the light that shines on it. The tones change when they are closer to the light or in the shade. The shadow shades of white and gray are changing at the darkening to black. The addition of white color make them brighter. It softens the color intensity. The white color makes textures and materials up to come forward. The eye therefore sees easily the volumes that are created in light and dark.

Theory of the color white

Newton discovered that sunlight is composed of waves of different colors and when they come together they form the color white. White light decomposes  into colors by a prism. The color of a tomato is red, because the wave is reflecting from that color.

In the theory of color it has two properties:

1. In which the colors are created by mixing pigments (paints, inks, …)

2. when the colors are created by mixing the spectral colors. In this case, white is not considered as a color (black also), they are also referred to as non-color. White is not a color because it reflects all colors at once. It is the color of the non-decomposed sunlight, hence the association of white with light. White has the highest light intensity, maximum brightness.

The white pigment has developed in several ways.

– Ancient Egypt. They made a shiny pigment that contained the powder of pearl shells. Japanese continue to make a pigment made from this material.

– Classical antiquity and the Middle Ages. White from this period was called white lead. Lead plates were hung over steam of vinegar, then a few months immersed in manure and then the resulting layer of white material that was found on the surface was scraped off. This was very poisonous, for painting this was mixed with oils. White lead dries quickly.

– XVIII century. Zinc white was discovered, it was not toxic. It is a cold white, slightly bluish and not very thick.

– Twentieth century. Norwegian and American chemists have developed titanium. This is durable, non-toxic, dries slowly and reflects the most light. https://www.angelesearth.com/workbook/basic-ingredients-for-color-recipe/

The meaning of white

Colors can evoke emotions in people. These feelings arise in an irrational or cultural context and have meaning. White is a part of the cold color range, it’s relaxing, calming, press loneliness and distance.

– White is associated with light

– White is the color of beginning, of the good, the truth, the ideal of perfection. In contrast to the black, white usually has a positive connotation.

– The white color symbolizes peace. In a conflict indicates a white flag of surrender. The dove of peace, reconciliation is shown in white.

– White is a symbol of virginity. Only after 1950 the white wedding dress became on a large scale, before it was customary black. Until the nineteenth century, few women could afford to wear a white wedding dress, white cloth was very expensive in those days.

– In Christianity, the Holy Spirit is represented as a white dove. In the Catholic Church this color is worn by the Pope and by the children who receive their first communion.

– In advertising, white is associated with freshness. The brands use this color if they want their products emit a lightness and harmony. In promoting high-tech products can white be used to communicate simplicity.

– White is associated with hospitals, doctors, and sterility and therefore health.

– White is used with regard to cleansing, eg sheets, underwear, tablecloths, the coats of doctors.

– A pack of white color suggests that the product is pure, soft and fresh. It is also used for dairy and frozen products. It is also the color of the winter.

– In the west, the white symbolizes purity and innocence.

– In some Eastern countries, such as China and India, white is associated with mourning. White represents winter, death, or inactive state. The Chinese avoid sleeping under white sheets because it reminds them of a shroud for a funeral.

– For the ancient Aztec peoples, white was the entrance to the invisible, white was the color of the west. Their religious idea was closely associated with the course of the Sun, so the west was the opposite to the Sun here, it disappeared into the sky at night. The Aztecs took certain sacrifices to the sun with a white feather and white sandals because they can ascend to the soul.

– Within the culture of the Nahua white symbolizes the West, place of birth and decay, mystery of the beginning and the end, the antiquity and the disease. Quetzalcoatl, the white God, god of light, life, fertility and knowledge, creator of all happiness on earth. In the creation myth, Quetzalcoatl, separated the earth from the West and its way to the country was marked by a white snake, the Milky Way.

– In the Andean world white was a symbol of fertility and abundance of agricultural products. In their rituals they used white flags. http://sobrecolores.blogspot.nl/2014/06/el-color-andino-blanco.html

– In the Far East, white is the color of the west, from the fall and metallic element represented by the white tiger, it is both a constellation as a mythical animal.

The tones of the color white

Pure White. It is what we call ‘white’. There is a series of white color ranging from warmer to cooler white.

Cream white. It is inspired by the cream of milk, with a yellow tint. They bring a sense of calm, peace and stability.

Old white. Shows some yellow tones. Possibly also contain slightly brown. It’s a shade or two darker than the cream white, similar to the tone that gets white pages of a book with the passage of time.

Bone white. Bone is a paler color, has shades of brown.

Broken white. This is pure white, with a few drops of color. It combines well with soft pastels.

Chalk white. It is a white, opaque, diffuse, almost gray.

Cold white. Bluish, seems clearly to have something fluorescent.

Within the interior architecture white plays an important role. The white color reflects light that enters the room, it looks bigger and brighter. The white color makes the textures and materials more intense. White blends well with shiny surfaces (glass, porcelain) and with soft and natural materials. It is a good base to combine with colors or vary with white shades.

If you want to create a modern and fresh atmosphere use bright white and combine them with colors like gray. The minimalist interior design often uses this combination. If you want a more traditional interior, it is better to combine the old and white with warm neutral colors such as the color of sand to dark chocolate brown.

In the contemporary interior we often see that the whole space, ceilings, walls and floors are white. In this way is created a kind of box, “shop window”, where the objects are placed tightly parting.

The garden makes white contrasts, has a clean and soothing effect. http://martapuig.es/los-colores-en-el-jardin

Images in high key are those in which dominates the light, the white brightness. You now see a lot of fashion and interior photography based on this technique. The bright white is enhanced so much that detailles decrease and a simple clean and sharp picture remains. http://photography.tutsplus.com/tutorials/the-complete-beginners-guide-to-shooting-high-key–photo-2949

The white in painting

For Leonardo da Vinci white was not a color, but gave strength to all colors. He said that the real color of something is to be found in the part which is not affected by shadows or glare. The Renaissance was characterized by lightness.

Corot, who influenced the impressionists, first drawed with a white pencil the essential forms of the painting and then gave a small circle through the vivid light. Once the structure is formed, the rest of the picture always appears subtle, airy and full of light.

In the Middle Ages the color was symbolic. They found, it was not a true white color, but the sum of all of them. It represents the sky, timeless, eternity, and finally the sacred and finally light.

For me it starts with the color white, with that you create balance. White is the basis of all my paintings, even though they are so colorful. I can not paint without. Thanks to the white I measure the value of the other colors. It is the color balance, the scale on the canvas. It gives certain lightness and simplicity. I need this to make colors bright and give lightness to the work. For me white is also light.

What do you think?

Have a good white Sunday

Painting: Mike Raaijmakers  (This is a beautiful painting). www.mikeraaijmakers.nl 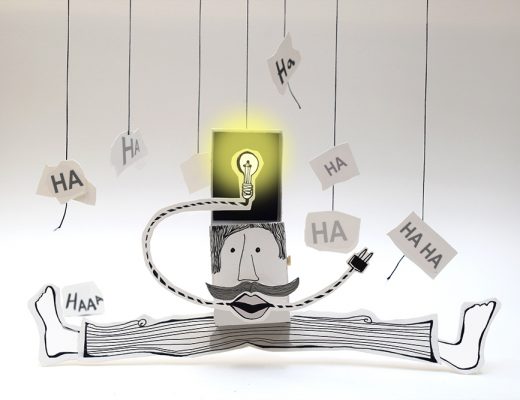 The secret to be creative: laughing 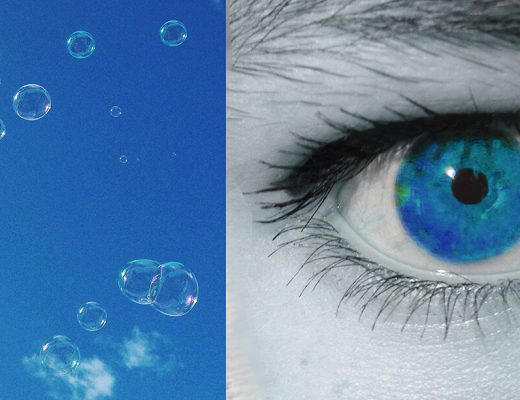 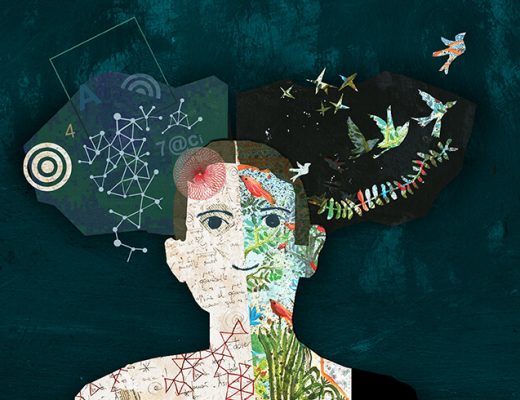